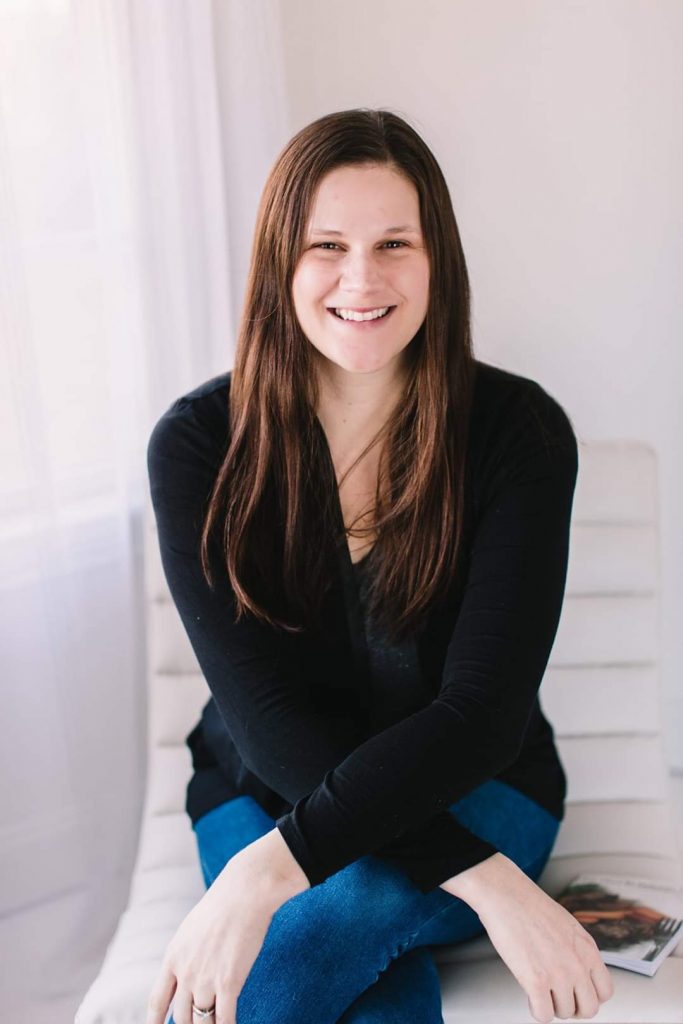 In 2018, Erica retired from coaching and started Beine Wellness Building to help athletes understand how to fuel their own individual bodies.   After years of watching all athletes be taught the same information about nutrition, she knew there was a way to help each individual athlete succeed and achieve based on more than just general principals.  Erica has worked with some of the best and most recognized athletes in the world.  Including NCAA Champions, World Record Holders, American Record Holders, and Olympic Gold Medalists.

As an athlete, Erica was a five-time Division III NCAA-All American at the University of Wisconsin-Stevens Point and a standout high school athlete in her hometown of Oshkosh, Wisconsin. 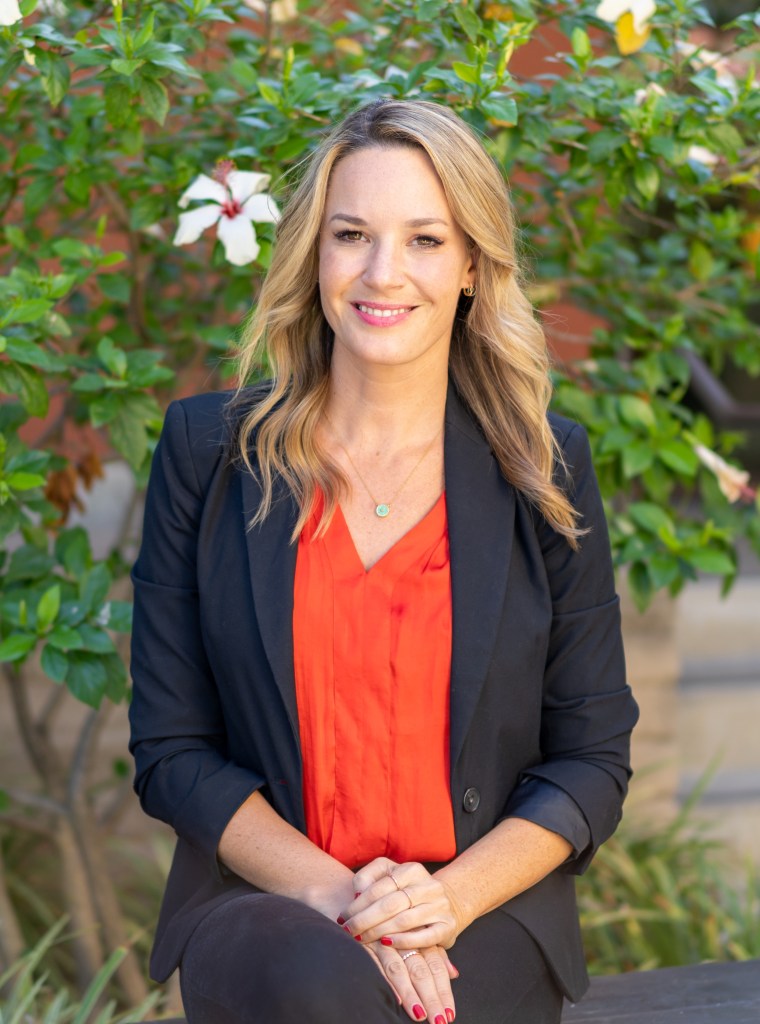 A former member of the US National Team, Keri swam in the World Championships, Pan American Games, and World University Games. Starting her swimming career in Fargo, ND, she attended college at the University of Minnesota and eventually finished her career with Dave Salo at the Trojan Swim Club in Los Angeles, CA.

Keri is currently the Director of Admission and Enrollment at the Harbor Day School in Newport Beach, CA. In her free time, she likes to swim with the turtles in Hawaii and coach swimming. 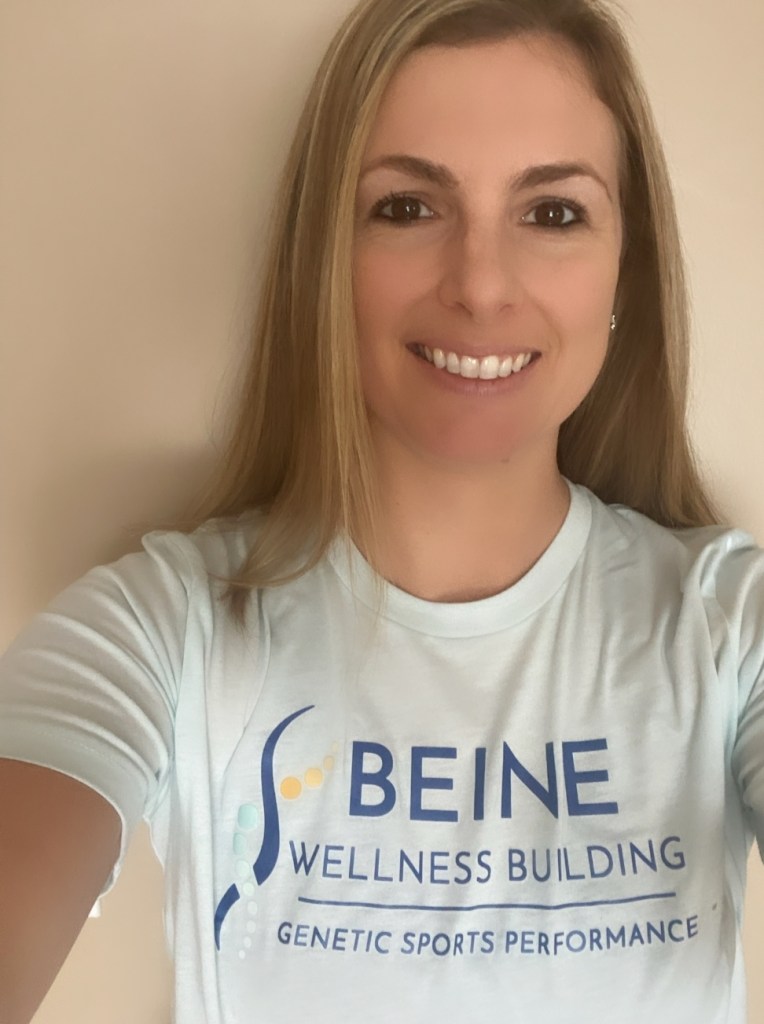 Ariel is a Certified Sports Nutritionist in addition to working as a real estate agent with a variety of previous experiences in sales and customer service.  She lives in Columbus with her husband, Michael Hulme- the Assistant Coach for the M & W Swimming Teams at Ohio State- and their two children. With life-long swimming experience, Ariel swam collegiately at Purdue where she was part of eight school records, was an NCAA Championships Qualifier, earned All-American Honors, and was recognized as an Academic All-American. Additionally, she competed at the United States Olympic Trials in 2012 in the 50, 100, and 200 freestyles. 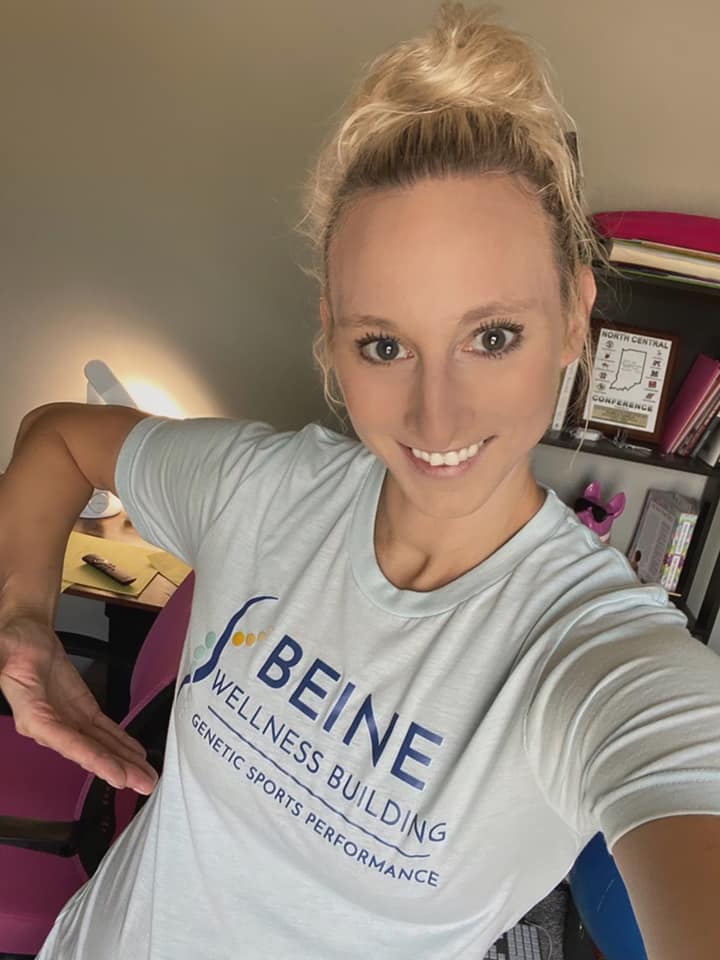 Christina is the head coach of McCutcheon girls and boys High School swimming and diving in Lafayette, Indiana where she lives with her son, stepson, and dog.

She is a Certified Sports Nutritionist and Board-Certified Holistic Practitioner.  She has worked with athletes at every skill level and age group from her former club team Boilermaker Aquatics to her experience as Assistant with the Purdue University Women’s Swim Team. Christina has had a very successful swimming career earning several national titles over the years. She represented Purdue University on the collegiate level and continued as a masters swimmer where she has competed for teams in Southern California, Boston and back in her hometown of Lafayette, Indiana. 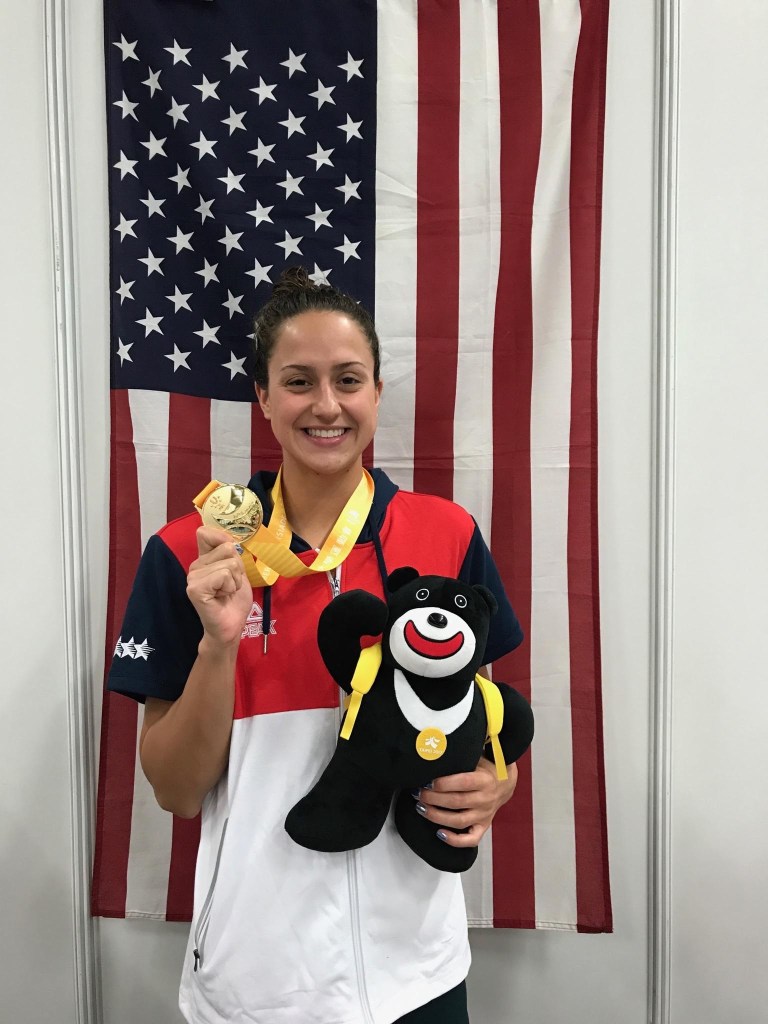 Ali is working as a social media director for Athletic Edge Counseling and a Lagree instructor in Grosse Pointe, Michigan. She attended the University of Michigan where she received her undergraduate degree in Psychology and graduate degree in Elementary Education. During her time at Michigan, Ali was a four-year letter winner and served as team captain while putting up many impressive finishes, later moving on to swim professionally in Knoxville, Tennessee.  Ali is a 4-year NCAA All-American, Big Ten Champion, former American and World Record Holder and medalist, former member of the US National Team, International Medalist, and Olympic trials finalist. 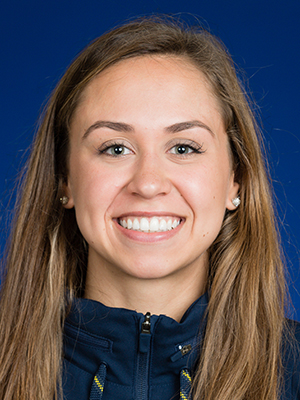 Catie is currently living in England where she is swimming professionally in the ISL league and pursuing her master’s degree in Sports Science from Loughborough University. She graduated from the University of Michigan with a bachelor’s degree in Sociology with a minor in Law, Justice, and Social Change. During her time at the University of Michigan Catie was recognized as a nine-time All-American, five-time Big Ten champion and three time All-Big Ten Selection. As a professional, Catie is a World University Games medalist, and a 2020 Olympic medalist.

Gabby is currently a professional swimmer, training with the University of Tennessee. In addition to her training, Gabby is pursuing her master’s degree in Applied Physiology and Kinesiology from the University of Florida. A University of Michigan graduate, Gabby was a highly decorated athlete totaling twelve NCAA All-American Honors and five Big Ten Titles while serving as team captain and earning her bachelor’s degree in Sport Management. In addition, she is a former USA National Team member, and she was a team USA competitor at Pan Pac Championships, World Championships, and at the World University Games where she earned five gold medals. 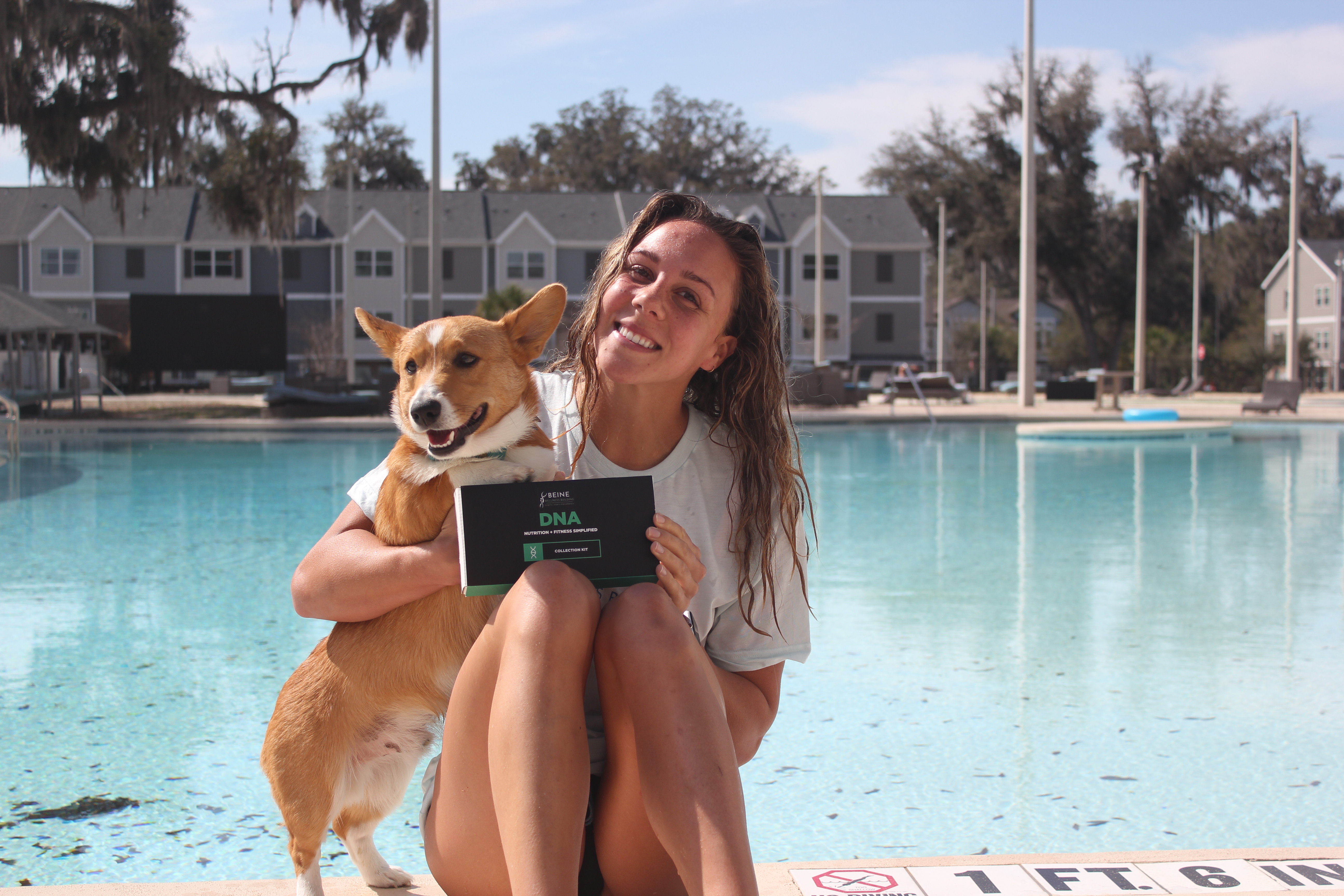 Sherridon is currently living in Gainesville, Florida working at a physical therapy clinic while living out her dream of helping others achieve healthy lifestyle goals. Growing up in Green Cove Springs, Florida, she graduated from the University of Florida with a degree in Health Education.

During her time with the Gators, Sherridon was recognized for being a ten-time NCAA All-American in addition to recognition for Scholar All-America, All-SEC, and SEC Academic Honor Roll.  She later competed in ISL League with Cali Condors where she had many top finishes including first place finishes in the 50 and 100 backstroke. 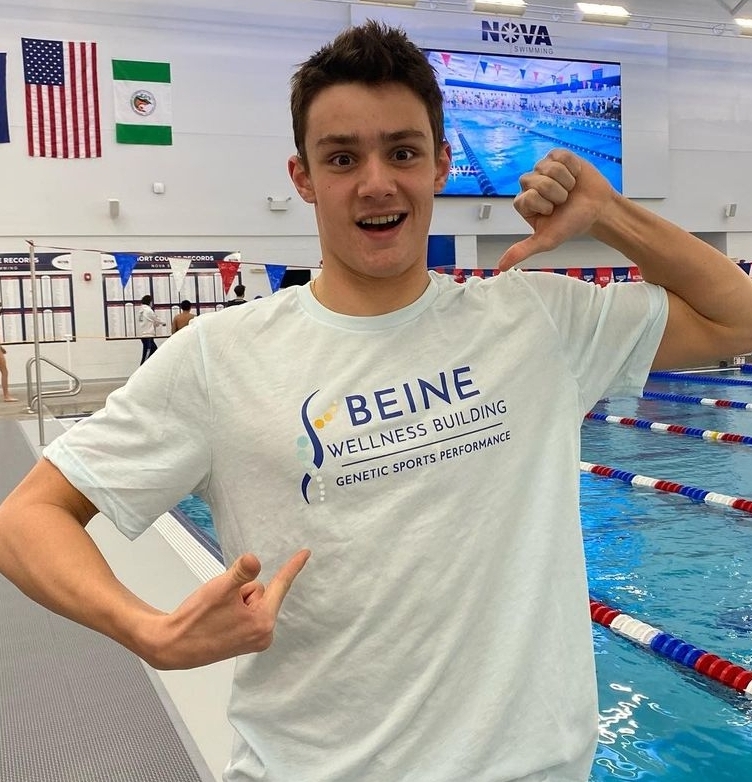 Jordan, from Rockville, Maryland is committed to begin his collegiate swimming career at the University of Louisville as a member of the class of 2027. As a member of Nation’s Capital Swim Club, Jordan has many high achievements so far including top 16 finishes at Futures, the NCSA championships, and the U.S. Open. 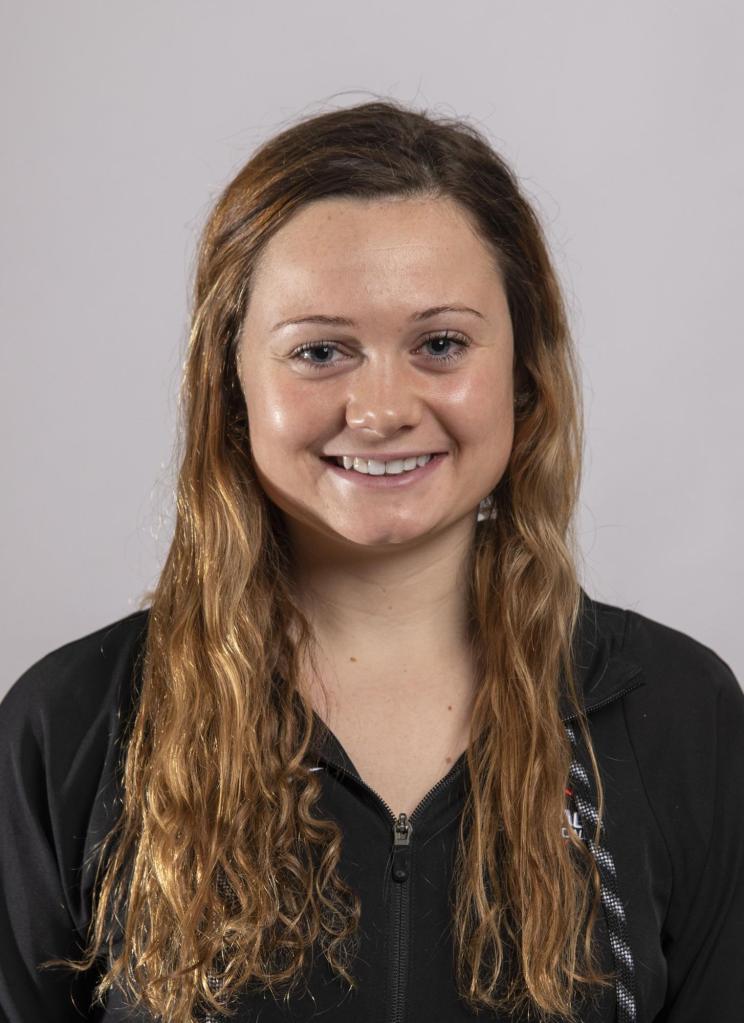 Elise is currently working as a Dietitian Assistant and Technician at the University of Michigan with plans to earn her master’s degree in Dietetics. She graduated from Carthage College with a degree in Psychology and where she swam for four years. Elise was recognized for multiple academic and athletic achievements in her time at Carthage including many top finishes at the CCIW championships, being named to the Academic All-conference team, and earning the CCIW Merle Chapman and RESPECT awards. 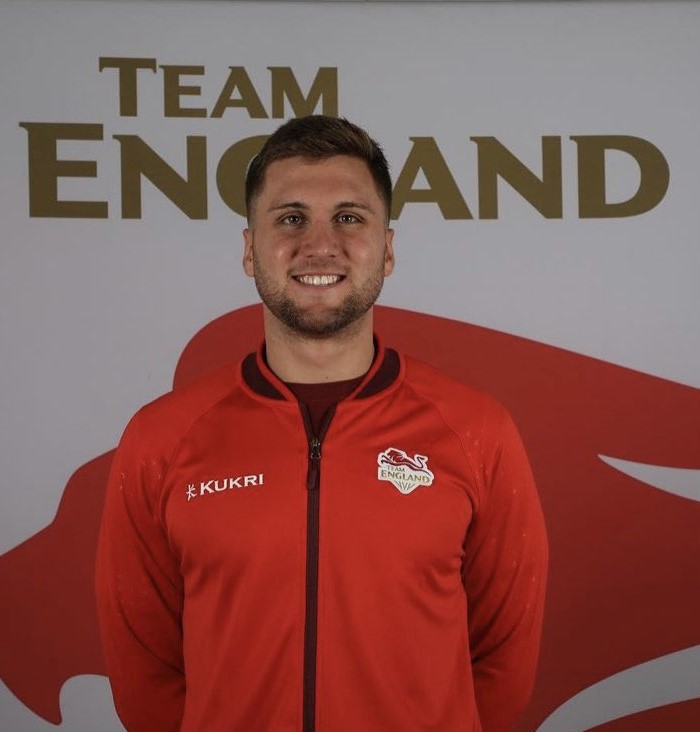 Mason is a current 5th year at the University of Kentucky where he is swimming and earning his master’s in Business Administration in pursuit of a career in sales. Prior to joining the team at Kentucky, he grew up swimming in Gainesville, Florida and competed as a member of team England. During his time at Kentucky Mason has been recognized as an NCAA All-American and five-time record holder in addition to many other significant contributions.